In your house appeared a young bitch and now you have to learn to go periodically through her estrus cycle and adapt to this inevitable process.

When does the first heat in dogs start?
The first estrus in dogs usually begins after the change of teeth, but it is impossible to predict the exact time, because estrus completes a certain stage of development of the body of a young bitch. Every dog has its own.

What can help in the assumption of the period?
You have to ask, when was the first heat of the mother of your dog and how did it go. Specifics of behavior, pregnancy and childbirth are passed from mother to daughter, and from experience, in most cases, it is confirmed.

How can you notice the appearance of estrus or signs of estrus in dogs?
Approximation of estrus can be seen during a walk with the dog. Dog urinates frequently.
Behavior can change the dog is active often, playful and naughty. Hormones start to "play", and instinct pushes her to the free behavior. Bitch makes frequent tags - olfactory "bait" for males. Bitch want to learn more and more extensive areas, thereby spreading the scent, enticing potential "suitors". Often before estrus females begin to moult.
Males in this period come to bitch sniff her, but they don’t try to make her and indeed bitch behaves more aggressively to dogs. The dog owner may notice changes in the genitals of a bitch. Vestibule (vagina) is becoming more and more swollen, pressure-sensitive, you can see the separation of light - pink or dimmed - pink. If you notice changes in the behavior of the dog, do not be lazy and check the dog daily, dipping dog’s vagina with a piece of tissue or toilet paper. Pinkish discharge will be the start of estrus - mark this day in a notebook.

The occurrence of first estrus in dogs

The first estrus in dogs can be shorter than all the next. Often only mild manifestations of estrus observed - low emission levels and low attractiveness to males. This state is called latent heat, but it's still a full first heat of the dog. It is important not to miss the start time of the first, and subsequently the second estrus to correctly identify intervals between heats, to know their timing and duration.
These indicators will help the owner to identify the correct term of the future matings, which is usually carried out at third estrus.

The behavior of the dog during estrus.
During the first heat owners expect surprises from their dogs! We must be very careful and prudent, because bitches, even well-trained previously obedient they often show their disobedience and simply walk away from the host, ignoring the commands. Only one way out is just walk on a leash!
If your dog lives in a free mode in your territory, that since the beginning of estrus, we recommend closing the dog in a cage and walk her on a leash only.

Sexual maturity in females occurs at the age of 6 months. - 1 year 4 months and it is expressed in the first heat in the dog, before the appearance of the first heat, usually bitch begins to moult.

The first estrus in dogs can be shorter than all the next. Often only mild manifestations of estrus observed - low emission levels and low attractiveness to males. This condition is called latent heat. There’s probability of false estrus in young females whose age close to puberty. Females can hunt and even mate, but then estrus suddenly interrupted without ovulation. A few days after ovulation lthe bitch can come back in the hunt.

Signs of estrus in the bitch include spotting of vagina and attractiveness to males. Estrus in dogs proceeds in two stages.

Stage 1 is the proestrus. The bitch is in heat, but does not allow mating. Duration ranges from 3-4 days to 3 weeks. During this period the bitch produces a hormone - estrogen.

2nd stage is the estrus. Estrogen secretion reaches its peak - ovulation occurs and females behavior changes - she starts mating. Different bitches have different phase duration from a few hours to a week.

Typically estrus in dogs is 2 times per year, and it continues relatively long, from 10 days to 4 weeks. Different breeds have different periods between heats. From 4 months to 12 months. The old bitches periods between heats lengthened, the signs are less noticed or even invisible. Even very old bitch is able to mate and get pregnant ...

If the bitch previously had regular estrus, they become more frequent or rare, it is important to consult your veterinarian. The owner of the bitch throughout her life should mark the date of occurrence of estrus, no matter was the mating or not. This will allow you to understand that your bitch just not come into heat. If this happens, first make sure - if estrus hadn’t gone unnoticed. Blood test for progesterone is the exact way to avoid mistakes. If there was no estrus you should look for the cause of interruption of the cycle. If necessary, the veterinarian may induce estrus artificially. 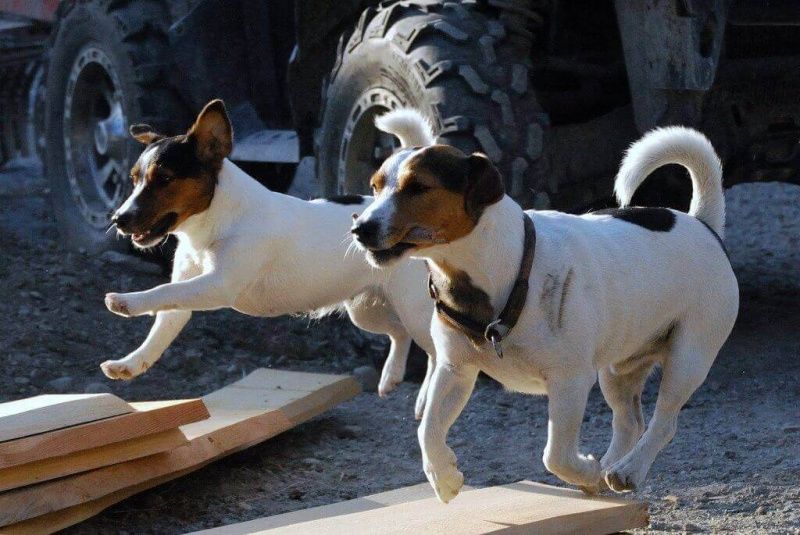 Scientists have found that dogs have left-handed and right-handed people who prefer the right or left-handed front paw when you need to go down the stairs, step over an obstacle or get to the food.

What can and what can not feed a Jack Russell Terrier 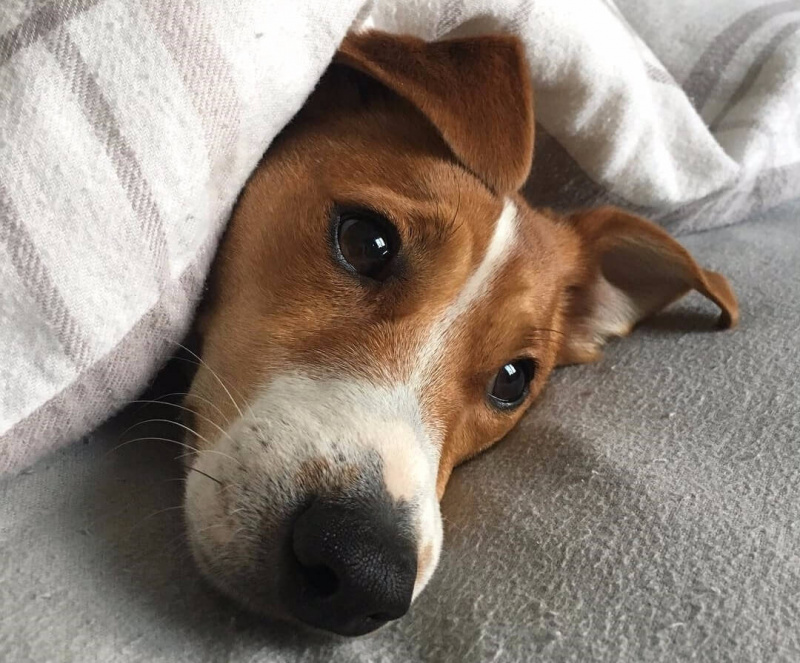 How do you show a dog that you are the pack leader?

Let's look at how a person (master) should behave to qualify to be the leader of the pack.
↑ UP ↑