How to get two breed from one?

After the death of Parson Russell his dogs were sold. One of the followers of Russell was his younger contemporary Arthur Heinemann, who is considered the last of the true breeder of Jack Russell Terriers. He used the breed not only for hunting foxes and otters, but also badgers. In 1904, Heinemann made ​​the first draft of the standard of the breed. In the standard described a working dog 35 cm high, with a narrow chest and harsh hair which coincided with the type of dogs, preferred by John Russell.

Here it should be mentioned that the development of the breed was used crossing terriers with the Dachshund and the Corgi. Blood of corgi mixed to make the breed more smart and obedience, blood of dachshund to strengthen the working qualities. As a result of the blood mixing began to appear short legged Russell terriers. 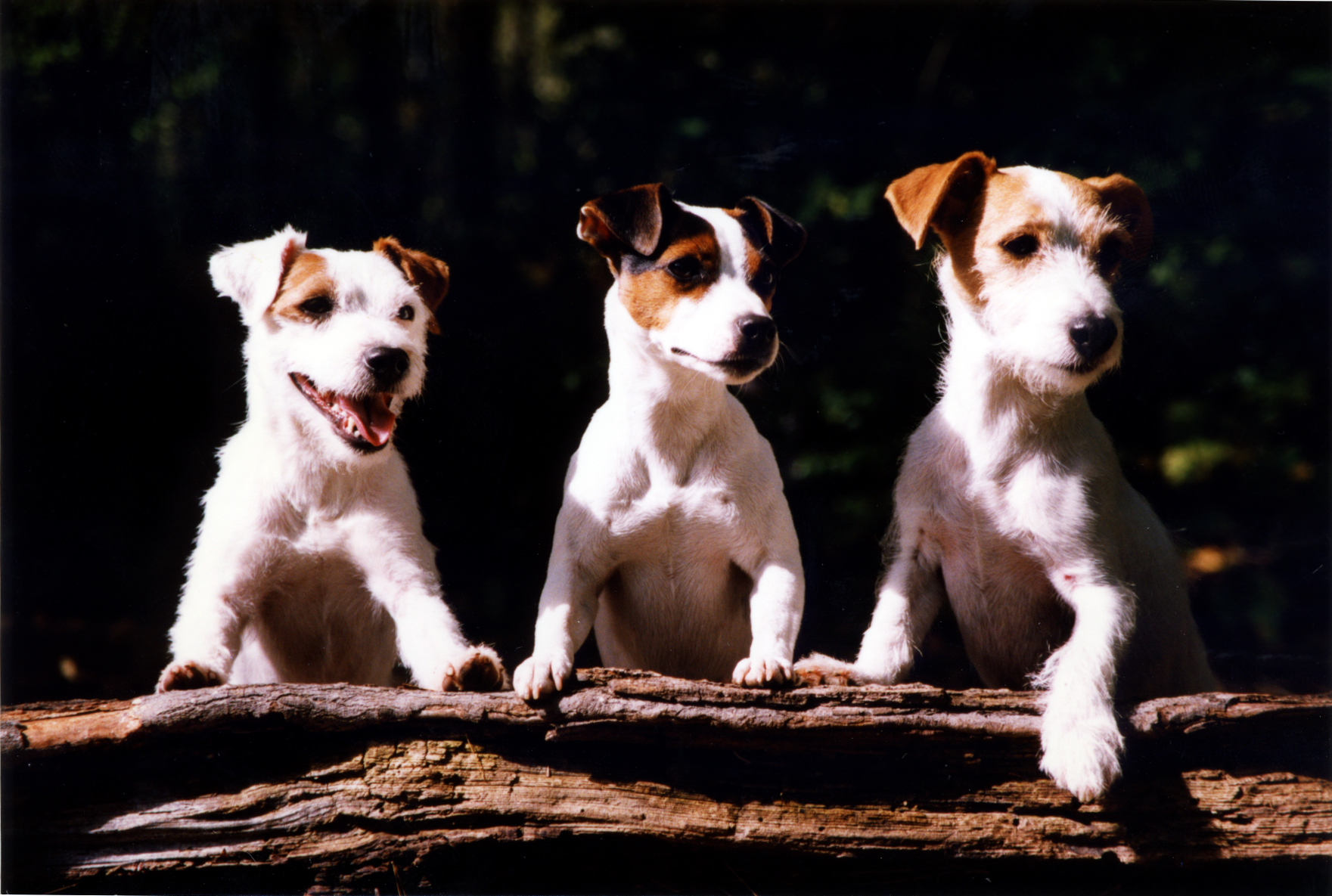 In 1914, Heinemann founded the "Parson Jack Russell Club" before it was called «The Somerset Badger Digging Club» (the literal translation of "Somerset club of diggers of badgers"). Changing the name of the club was a landmark because originally the name pointed to the purpose of hunting badgers and otters. Heinemann added and fox hunting, which demanded from the Terriers new quality - narrow chest to be able to work in the foxhole. Much attention was also given to the dog's fur and ears.
Ears should not be standing, or the ground may fall into the ear canal. A coat should be thick and tough, to protect against the weather and the ground shouldn’t stick to it.

Perhaps the change of the name of the club has also been linked with the desire to identify their dogs with the name of John Russell widely known in the world of terrier breeders.

Arthur Heinemann was also well-known breeder of terriers and was selling his dogs all over the country and even abroad. In 1930, after his death, his partner Annie Harris Rawls continued sales of dogs and work of Parson Russell Terrier Club almost before World War II. Then in the the development of the breed came so-called «meager years». Untill Mrs. Romain Moore didn’t found Jack Russell Club of Great Britain in 1975. The purpose of this organization was the development and maintenance of working terriers, known as Jack Russell Terriers.
Mrs. Moore conducted a survey of known breeders of terriers in the UK about the standard, which must satisfy a working terrier.
As a result, the club has been approved by the first time breed standard, which permits the two species breed - short-legged - up to 27 cm at the withers and leggy - up to 36 cm at the withers.

According to the accepted standard in the club could register almost any working terrier dominant white color suitable for the approximate description of the breed.

They had an interesting system of priority registration of dogs in the club. Working dogs registered over the age of 18 months and only after inspection by special inspectors who strictly measured growth, weight, conformation of the dog. The meaning of this priority registration was in the selection of individuals committed to preserve the uniqueness of the breed.
In the UK, the breed is rapidly gaining popularity and the increased need for its official recognition and registration in the National Kennel Club of Great Britain. Members of the Jack Russell Club of Great Britain divided into two camps. One side ardently opposed the entry into the Kennel Club, because they believed that this step will lead to the fact that the breed of working dogs will become a show breed and lose its unique qualities. However, the other side argued that if develop only working quality in the breed and not exterior, it can lead to degradation of the breed. The recognition of the breed by Kennel Club of Great Britain will give a new impetus to the development of the breed, its international recognition and promotion, strengthening standards and will only benefit. 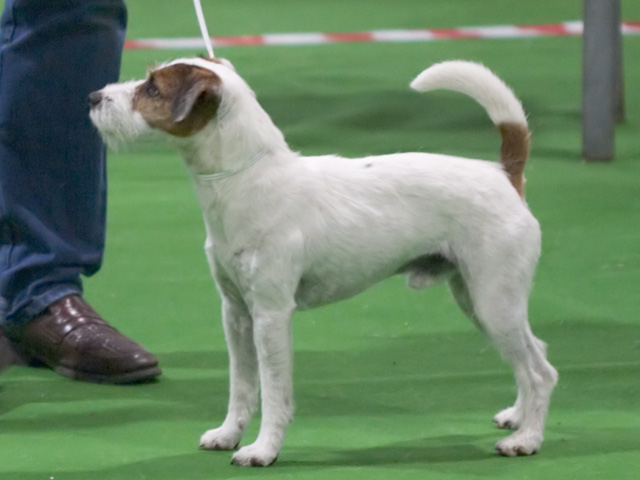 In 1990, the breed was registered by the Kennel Club of Great Britain under the name of "Parson Jack Russell Terrier" and the breed standard recognized leggy terriers, height 30-38 cm.

In 1999, the breed name was changed to "Parson Russell Terrier". And in 2005, the breed standard was to allow both high and short-legged terriers from 25 cm to 38 cm as representatives.

After the official recognition of the breed the English Kennel Club did turn to international recognition. It was possible only after registration the breed and secure standard by the Fédération Cynologique Internationale (FCI).

This recording took place in 1990. The breed was registered under the name Parson Jack Russell Terrier and adopted Standard N 339, which recognized both high and low dogs (25-38 cm at the withers).
We make a small temporary retreat. In Australia, Jack Russells were imported in the 70s. Moreover, Australian enthusiasts began to "cultivate" short-legged representatives of the breed. They have registered the first standard of Jack Russell Terrier. Australians first prohibited mixing long-legged terriers with a short-legged, trying to fix the breed.
And it is the Australian Kennel Club played a major role in the division of the breed standard into two separate. Thanks breeders of green continent, in 2001 FCI accepted standard 345 for the breed Jack Russell Terrier (short-legged terriers, growth 25-30cm) and Standard number 339 for the breed Parson Russell Terrier (long-legged terriers, 33-36 cm height)
As you can see, there was no division between this two breeds just 100 years ago, so it is understandable, how short-legged parents may have long-legged descendants and vice versa. It will be more than a decade, until everything will fall into place.

Let me guess what your Jack Russell is doing right now? He's probably sleeping. 12-14 hours a day approximately and so sleeping your dog. It turns out that 50% of the time the dog is asleep, 30% — awake and just lying around, and 20% — lead an active lifestyle. Fears, whether congenital or acquired, cause an incredible amount of abnormalities in dog behavior. Self-mutilation with pawing and brushing, uncontrolled barking, spoiling things, aggression against people or animals - the list can be very long. 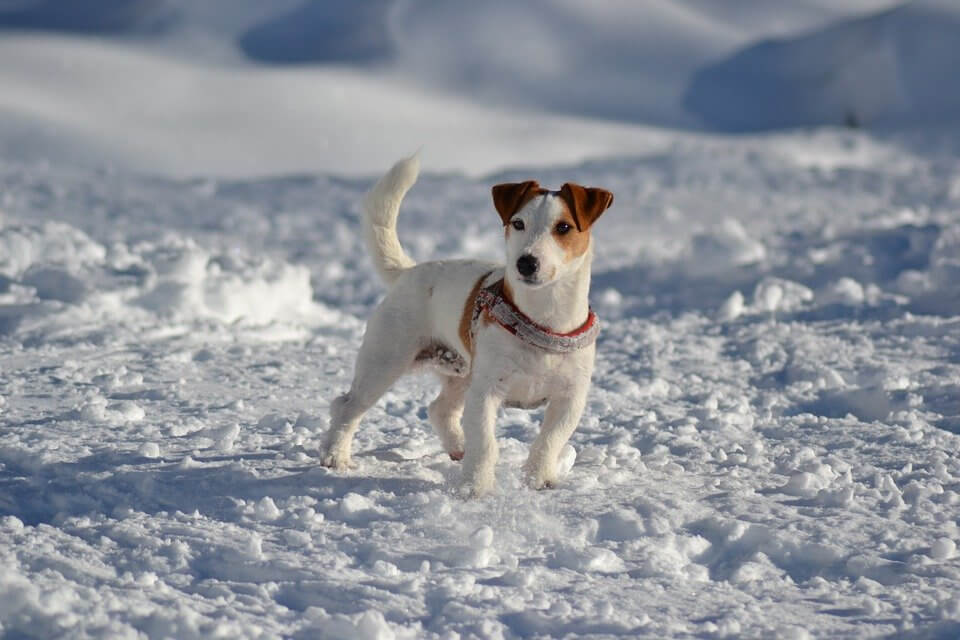 How to raise a dog: rules that will help you become a leader

Dog to bring up necessary to ensure that it did not bother you and others. The basis of all techniques is the behavior of animals in the flock, namely, as members of the pack cost leader.
↑ UP ↑