Before you’ll take a little Jack in your house, agree with all family members on common rules that all will comply strictly. Immediately arrange, will it be allowed to your Jack to sleep in a chair, sit on the sofa sleep in the master’s bed. We are not saying whether it's bad or good. Just decide that question with the whole family. Totally unacceptable situation when mom lets puppy sleeping in the bed, and father drives him out of there. Puppy just fall into confusion: he is blamed for the fact that earlier was allowed. It is important that in certain situations, your behavior was always the same.

You can’t let Jack do something occasionally, by way of exception, in honor of the holiday, from what is normally are not allowed. This will help with the first day to set your dominance over Jack. You is the owner, you set the rules. It does not matter whether you allow Jack to sleep on the couch, in fact, nothing wrong with that, it's your own business.

But here, as for handouts from the table, set a clear rule: NEVER! When the family eats, the puppy does not have to turn around under the table and beg. He is so adorable and looks so hungry pleading eyes, how not to give

a piece of yum-yum? This can be a fun and touching as little Jack. But when he grows up, you'll get an annoying beggar, revolving underfoot during lunch and bark begging for a treat. In addition, the food from our table is harmful to Jack and wean him from this bad habit is very difficult (although, of course, any behavior corrects), because it is fixed since he was a puppy.

Determine where there will be a place for puppy to sleep. It should not be on the aisle, near a heating, on the draft. The place should be away from the door, so that when you leave, Jack wouldn’t see the door through which you came out and wouldn’t try to pursuit you. In general, grant the right to choose your pet himself. He settles to sleep where he feels comfortable. Observe him and put his little house or a sofa on the place he chose.

Always remember an important rule: "You are the leader of the pack and the whole initiative comes from you. The dog obeys your wishes, but not vice versa.

The location of "doggy dining" is also important. Once defined, it should not change. Agree on the command, which will be used in different situations. Select a single word injunction: " Leave it ", "No".


Determine who will clean up after the puppy and walk with him. If you have children, actively involve them in the care of a puppy. This brings up the children a sense of responsibility and instills a love to little Jack.

Install the behavioral boundaries for your puppy. During the game, Jack always uses his teeth. He does not distinguish between your hands, designer walls and expensive furniture. You're the person who has to explain to him that he can pick up and gnaw, and what he mustn’t. Do not let Jack bite your hands. Later, when his teeth will be replaced on regular, it can be painful and unpleasant. If the puppy snaps you hands, firmly tell him "No" and instead give the toy. When the puppy takes the toy, praise him. Be persistent, and he soon realizes it.


It is important for Jack to know, that he can do that he mustn’t, also he ought to know who's in charge. It will make his and your life happy and relaxed. If you do not explain to him the "rules" of behavior in your pack, in the future this may lead to behavior problems.

Always remember: stability and consistency in the training helps the puppy to gain confidence and peace of mind.

When you first bring your puppy of Russell home, he hopped on your hands, licking your face and nibbled your wrist and you thought it was very cute and you caressed, kissed him back. You may have even encouraged it, but a year has passed, Jack is still jumping, licks and caress, but you do not think it's so sweet. Behavior, which previously encouraged by caresses and pats, suddenly gave way to anger, repulsion and disgruntled looks. What should think the dog? 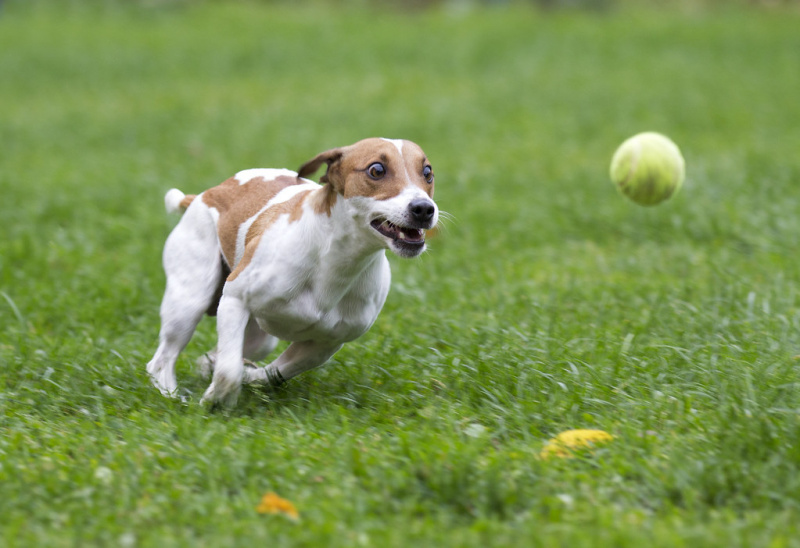 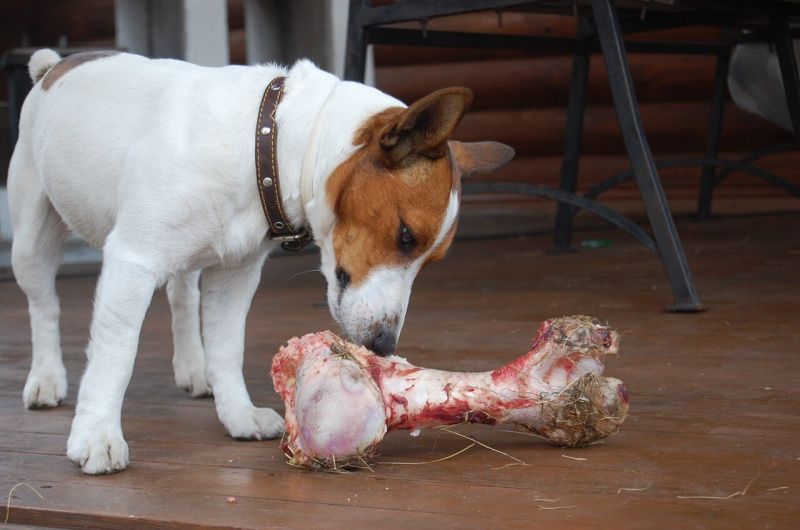 Can I give the dog bones?

Dogs that eat dry food do not need bones and those who do too on a natural diet! I want to give a bone to my favorite dog.

There is no really compelling reason why dogs bow their heads, except when they use our senses after they have gone to the carpet. According to Psychology Today, this may be related to vision.