Fears, whether congenital or acquired, cause an incredible amount of abnormalities in dog behavior. Uncontrolled barking, spoiling things, aggression against people or animals - the list can be very long. The choice of the correction method, as well as the time required to solve the problem, depends on the intensity of fear. Mild anxiety is often managed in a few days by simply changing the format of walks, and it often takes many months of painstaking work to fight a strong phobia. Some fears, unfortunately, can never be defeated.

Understanding the cause of the dog's anxiety, is certainly much easier to work than wandering in the darkness, to the touch, choosing a solution. It is not without reason that experts say in one voice that for a successful correction is important a thorough "flight analysis" with the observation of the actions of both the dog and the owner.

There is no magic universal cure that can forever save the dog from fear and anxiety. For example, a dog is afraid of human care. Has it been frightened by neighbors who were doing repairs, or is it the lack of socialization? In one case, relaxing "dog" music can help (yes, there is one), and in the other, it will not be possible to do without long-term desensitization, perhaps even with the use of pharmacology.

The best solution would be to consult a specialist. But is it possible to do without the help of a movie therapist and try to cope with the phobia on your own? Yes, of course: there are proven techniques, the use of which often makes it easier for a dog to experience and does not cause any harm in case of inept use. Try it. The main thing is to know the measure. 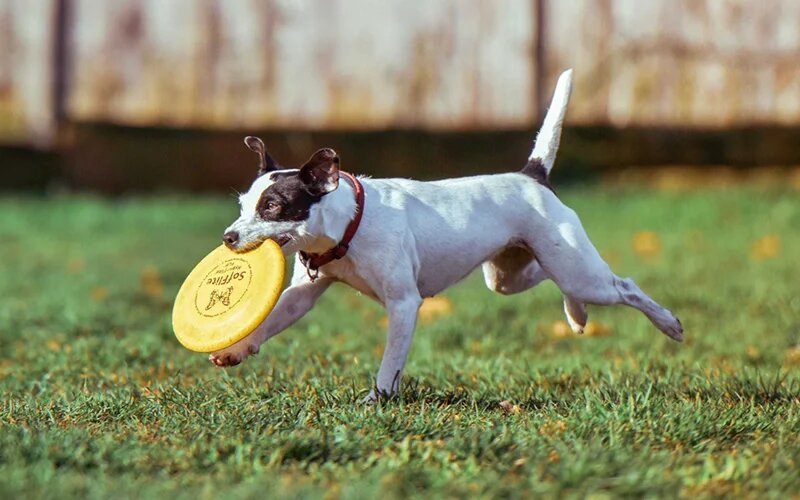 Exercise is one of the easiest and most affordable ways to help a dog under chronic stress.


Exercises associated with serious exercise are a great way to relieve stress, not only for humans but also for dogs. Such work in the context of fear therapy allows killing several birds at once.

First, physical exercise stimulates the production of serotonin, the so-called "joy hormone". According to scientists, the body gets a portion of this hormone "as a reward" for the hard work done.  Secondly, they save the dog from accumulated energy and excess stress, which can aggravate anxiety.

Burning extra dog energy every day by taking long walks, playing Frisbee, or jogging next to a bike can significantly reduce problems such as fear of separation or stress from moving away. It is no accident that a good dog is a tired dog.

When it comes to the therapy of fear of loud sounds or fear of large crowds of people, distraction as a method of correction can sometimes work wonders. Involving a dog's brain in interesting work helps him to focus on familiar and understandable things, rather than on the unknown, frightening world around him.

Working with distraction involves several well-established skills, learned with positive reinforcement. It is wonderful if a dog knows how to perform interesting tricks: they usually have a powerful positive charge. No, the "normal" commands will do, the main thing is that their performance is sincere and generously rewarded.

But not by commands with a single lively distraction: highly motivated, gambling dogs can be distracted by an interesting toy, such as a favorite ball or rope-drawn rope, sharpened for food - an incredibly delicious delicacy.

If desired, you can almost always find something that will attract the dog's attention more than the noise or crowd, something that will help him associate frightening objects or events with interesting or high-value awards. Then the event will gradually move from the category of "frightening" to at least "tolerant. 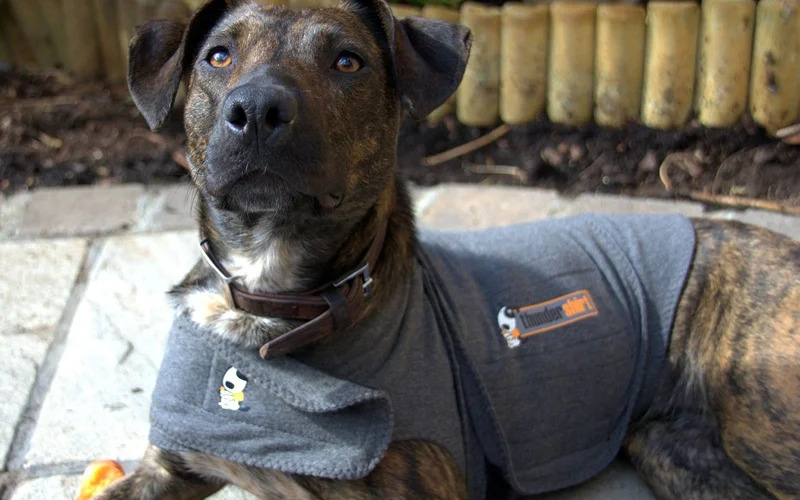 Recently, the anti-stress vest is becoming more and more popular as a solution to correct anxiety in dogs. It is a kind of tight blanket that is tightly wrapped around your dog's body in a moment of intense stress. The idea is that the feeling of constant pressure can help calm the nerves of a dog who, for example, is afraid of travel or loud sounds.

At the moment, there is no strong evidence that this method is effective. Some dog owners, who have tried it, talk about its miraculous properties, while others regretfully note that they have not received anything substantial.

The effectiveness of the "lightning shirt" to a large extent depends on when and how it is used, and the personality of the particular dog. Its use can be recommended as part of the complex therapy of serious fears for a possible increase in the effectiveness of other methods. 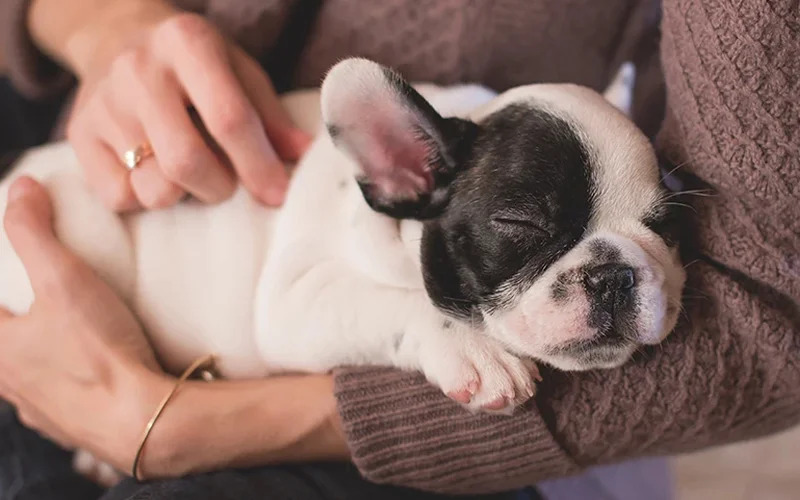 Yes, massage is a great way to calm the nerves of the dog. No, you do not need a massage table for this.

A good massage is loved not only by people: many pets also do not mind-calming their nerves in such a pleasant way. And seriously, a gentle massage with slow, long movements can help to calm down a worried dog.

One of the most popular dog massage methods, called "T-Touch", is created by Linda Tellington-Jones. It is based on circular movements of fingers and hands all over the body. The purpose of T-Touch, according to the author, is to activate cellular function and awaken cellular intelligence, which allows them to effectively relax the dog.

Whether this is the case or not remains on the conscience of the author of the method. Absolutely another thing: studies have shown that stroking a dog or cat can help to normalize the pressure and calm the nerves of the person, so massaging the dog is in any case a win-win solution.

Scientists believe that certain odors can help relieve the dog's excessive anxiety. The synthetic chemicals used for this purpose mimic the smell of special hormones called pheromones that are produced by the lactating bitch's body. These hormones help puppies to relax and feel at ease, creating strong positive associations with their mother.

Of course, you should consult with your veterinarian before using it. The problem is that at the moment there is not enough evidence to confirm the calming effect of pheromones on the behavior of adult dogs experiencing anxiety or fear: the conducted studies have only concerned the perception of these scents by puppies.

Nevertheless, the probability of positive effects of pheromones is still there, and therefore, their use can also be recommended as a method in the comprehensive therapy of anxiety and fear in some dogs. 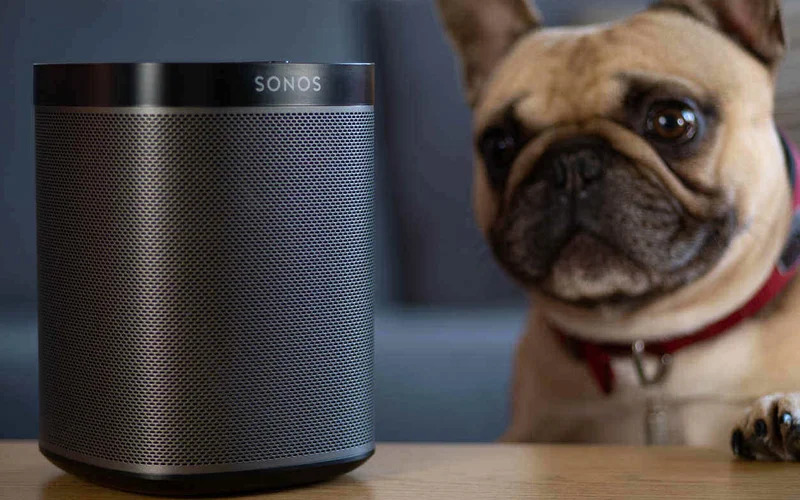 Music can have a calming effect on anxious dogs.

As in the case of massage, people are not the only living creatures whose bodies can respond to the impact of certain sounds. It is no secret that many owners, leaving home, leave the TV or radio on, thus trying to help the dog feel more comfortable.

As it turns out, there are special musical selections that the authors believe can help particularly anxious dogs to survive periods of severe stress. They claim: "Excess psychoacoustic information from a dog's point of view is transformed into a simple sound. This means that we minimize the complex auditory information contained in most musical works and make them understandable to dogs.

The music, designed for dogs, is not only specially selected, but also arranged in a special way, which makes it as easy as possible for the animal's brain to perceive it. The authors argue that it can help in the treatment of a variety of fears, such as fear of separation or fear of travel. There are even compilations designed to reduce the sensitivity of dogs with phobias to loud sounds.

In the context of helping dogs suffering from some kind of phobia, it is necessary to mention homeopathic soothing taxes and biologically active supplements designed to maintain the nervous system of the animal in optimal condition. Naturally, we are not talking about "heavy" medicines sold exclusively by doctor's prescription: these are primarily vitamin and mineral complexes and herbal charges similar to those of Doctor Bach.

Even though the effectiveness of homeopathy is questioned by many, and recently they have even been officially removed from the category of "medicines", the use of such drugs can also be part of an overall strategy to address the problem of fear in dogs.

Of course, it should be noted that any drugs may have contraindications and before using them, it is necessary to consult with a specialist.

How do you show a dog that you are the pack leader?