Changes in the Aging Jack's Body

Changes in the Aging Jack's Body

Remember the famous saying, "A little doggie is a puppy to death"? That sounds like it says something about your Jack. This restless, cheerful little guy just doesn't want to be an adult. 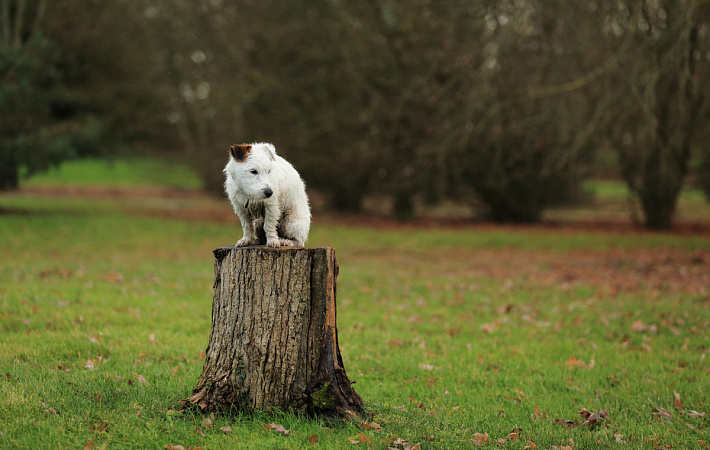 It's hard for you to imagine that the tiny "energizer" you brought home is ever going to grow old.

He was much younger than you when you bought him. But over the years, it will catch up to, and even outpace, your age. It is said that one dog year is equal to seven human years. But that's not quite true: large breed dogs mature and age much faster than small breeds. In that sense, your Jack is a long-lived dog. Take a look at the chart below and you'll see that an 8-year-old Jack is still in full swing.


The first signs of aging appear earlier in some people and later in others. This depends primarily on Jack's genetic predisposition, physiology, lifestyle, and diet. Don't be alarmed or upset if you notice signs of aging in your Jack. It doesn't mean he's prescribed a bed-and-bed routine and a highly nutritious diet. It just means you'll have to make some adjustments to his diet, revise his daily exercise routine, and increase his health monitoring.

Changes in the body of an aging dog

In addition to the gray on his face, which does not affect his well-being, you'll notice several age-related changes. Jack's clear, deep brown eyes may become hazy and cloudy. This fog does not usually affect his visual acuity. However, if you notice opaque spots on the cornea, it may be cataracts, in which case you need veterinary help, as cataracts can lead to vision loss.

Older Jack's movements become slower as his ligaments lose their elasticity, Quite often older dogs have arthritis, just like humans, and then the movements are painful for him. But that doesn't mean he should be left unmoving on the couch. He should get some exercise. Of course, reduce the load, do not make him jump around like when he was young, but walking is a must.

Old Jack's hearing is deteriorating. You can call him a few roses, raising your voice until he hears you. However, don't confuse deteriorating hearing with senility. To test his hearing, walk up behind him so that Jack cannot see you and call out to him. If he has a hearing problem, he will not respond to your voice in any way.

If your fears about hearing loss are confirmed, don't be upset. Jack should be able to compensate with his other senses, his sense of smell and sight. Try to be in Jack's line of sight when you give him commands, call him to walk, or invite him to your bowl. Back up commands with gestures. Don't frighten Jack by suddenly approaching him from behind.

If you didn't take enough care of Jack's teeth when he was younger, his teeth may loosen and fall out by his old age, a consequence of frolicking periodontal disease. Not only will missing teeth lead to difficulty grinding food, but gums affected by periodontal disease are a source of infection that can affect the lungs, heart, kidneys, and joints.

Funny cases are known when owners bring a pet to the vet complaining of poor hearing. On inspection, his hearing turns out to be fine. However, the elderly, experienced Jack responds to commands, weighing everything carefully. He was able to think about commands even when he was young, but now he does it particularly thoughtfully: "Why do I need it?" and often leaves your appeals unheeded, pretending not to hear you at all.

All external changes visible are certainly a consequence of internal processes in older dogs:

How to feed an elderly Jack