You have a young bitch in the house and now you have to learn how to periodically go through the heat cycle with her and adjust to this inevitable process. 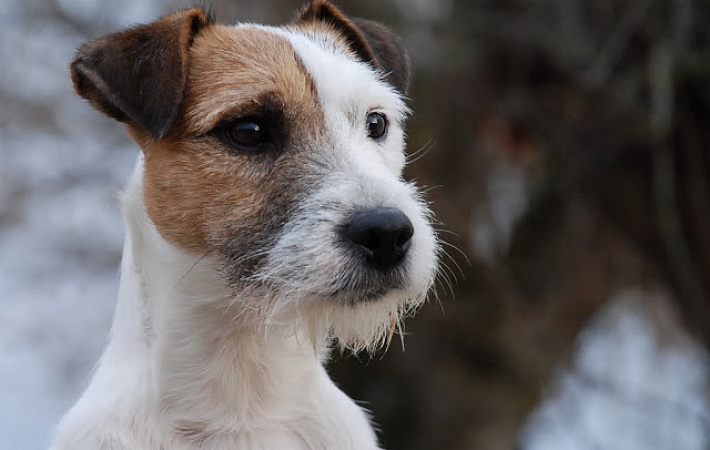 When does a dog's first heat start?

The first heat in dogs usually begins after the change of teeth, but it is impossible to predict the exact date because heat completes a certain stage of development of the body of a young bitch. It is different for every dog.


What can help in assuming a deadline?

You need to ask when your dog's mother started her first heat and how it went. Characteristics, behavior, the course of pregnancy and childbirth are passed from mothers to daughters and from experience, in most cases, this is confirmed.


How do I notice the onset of heat or signs of heat in dogs?

The approach of heat can be noticed while walking with your dog. The dog often urinates.
Behavior may change, often the dog becomes active, playful, and disobedient. Hormones begin to "play," and instinct pushes her to behave freely. The bitch makes frequent tags - scent "baits" for the males. The bitch wants to explore more and more territories, thereby spreading her scent, luring potential "grooms". Often bitches before the heat begins to molt.
During this period the males approach the bitch, sniff her out, but do not nudge her, and the bitch behaves more aggressively to the males. When examining the dog, the owner notices a change in the bitch's genitals. The loop becomes more and more swollen, when pressing you can see a discharge of light pink or cloudy pink color. If you notice changes in your dog's behavior, don't be lazy and check your dog daily for the onset of heat by wiping the bitch's loop with a tissue or toilet paper. The pinkish discharge will be the beginning of heat - a mark that day in your dog's notebook.


The course of a dog's first heat

The first heat in dogs can be shorter than subsequent heifers. Often a bitch has only weak manifestations of heat - a slight discharge of blood and little attraction to the males. This condition is called hidden heat, but it is still a full-fledged dog's first heat. It is important not to miss the time of the beginning of the first, and subsequently the second heat, to correctly determine the intervals between the heifers, know their timing and duration.
These indicators will help the owner to determine the correct timing of the future mating, which is usually carried out on the 3rd heat.

Dog behavior during the heat.

During the first heat period, owners are in for some surprises from their well-mannered dogs! It is necessary to be very attentive and cautious, because bitches, even well trained and always previously obedient, show their disobedience and just run away from the owner, ignoring worked-out commands. There is only one solution: walk on a leash only!

If your dog lives freely on your property, we recommend enclosing it in an enclosure and walking it only on a leash from the time it starts to heat.

Puberty in bitches occurs at the age of 6 months. - 1 year 4 months old and is expressed in the dog's first heat, before the first heat comes, the bitch usually begins to molt.
The first heat in dogs can be shorter than subsequent heifers. Often a bitch will have only faint manifestations of heat, such as a slight discharge of blood and little attraction to the males. This condition is called hidden heat in bitches. In young bitches near puberty, false heat is likely. Bitches may come to hunt and even allow mating, but then the heat is suddenly interrupted without ovulation. After a few days, the bitch may come back to hunt already ovulating.

Signs of female heifers include a slight bloody discharge from the loop and attraction to males. There are two stages in a dog's heat.

The 1st stage is pre-pregnancy. The bitch is in the hunt but is not allowed to mate. The period varies from 3-4 days to 3 weeks. During this period, the bitch produces the hormone estrogen.

The 2nd stage is the heat itself. Estrogen secretion reaches its peak - ovulation occurs, and the bitch's behavior changes - she begins to let the male. With different bitches the duration of the phase ranges from a few hours to a week.

Normally dogs have heat twice a year and last relatively short, from 10 days to 4 weeks. Periods between heats vary from breed to breed. From 4 months to 12 months. In older bitches, the periods between heats are longer, the signs are less pronounced or not noticeable at all. Even a very old bitch can mate and get pregnant...

If a bitch who previously had regular heifers becomes more frequent or infrequent, it is important to consult her veterinarian. A bitch's owner should note the dates of her heat throughout her life, whether or not she has been lactating. This will allow you to know if your bitch has not had her heat on time. If this has happened, make sure first - whether or not the heat has gone unnoticed. A blood test for progesterone levels is an accurate way to avoid making a mistake. If there was no heat, look for the cause of the interrupted cycle. If necessary, the vet can induce heat artificially.

Taking care of a pregnant bitch of a Jack Russell Terrier