You have prepared perfectly for Jack. Finally, the long-awaited event happened: you brought him home, so touching, so defenseless, and so smilingly adorable. 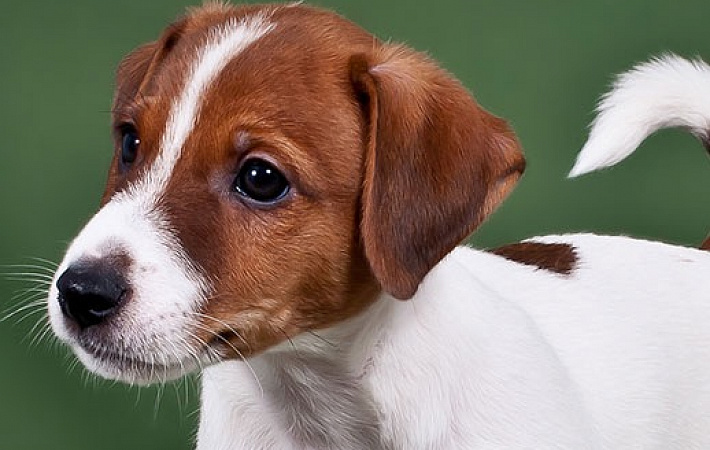 Ask the breeder to give you an item from his home, it can be a cloth, a toy, a diaper with his mother's scent on it. Put this item on the puppy's cot and introduce him to the place where he will sleep. Show Jack around the apartment, letting him linger in every room, but always under your supervision. Introduce your baby to all the family members. Show him toys and play with him.

Young puppies prefer two activities - play and sleep. And they sleep long, often, and enthusiastically. Once Jack has played with everyone else, tuck him in and let him sleep. Don't wake him, even if you think it's time to feed him. He'll wake up on his own when he's had a good night's sleep. When he wakes up he usually needs to go "off to do something". Don't miss his wake-up call. He will start to yawn and stretch. At this point, pick him up and place him on a disposable diaper or spread out the newspaper. When the puppy makes a puddle, praise him. Don't remove that wet diaper, just cover the top with clean ones so that the smell remains and the puppy understands that this is the place to "walk around."

While the whole family is busy with little Jack, he is relatively calm, engrossed in his new surroundings, toys, and the fun of the children. But here comes nightfall and it's time for everyone to go to bed. We can tell you with certainty that you won't have to sleep on this first night. Little Jack has just lost his family, his mother, his brothers, and his sisters. It's a strange world, a strange smell. You haven't become his pack yet. He is alone for the first time in his short life. Of course, he will cry.

Don't take a little puppy to your bed at night, no matter how much you feel sorry for him. Not because it's bad parenting or unhygienic, but because at night when you fall asleep, the puppy might fall or jump off the bed and hurt himself something.

Few people's hearts would bear that piteous cry and their first impulse would be to take him to bed with them. That first night is crucial. If you invite your puppy into your bedroom, it will be his bed for the rest of his life. With a little patience, he'll settle down and fall asleep on his mattress, his spot, or one of his choosing.

For him to be calmer and more comfortable, put a warm heating pad in his crib, wrapped in a towel, a thing with the scent of his mother, which you took from the breeder. Put a clock with a loud, monotonous ticking in Jack's sleeping quarters to pique his interest and distract him from his melancholy thoughts.