The Game in Little Jack's Life

The Game in Little Jack's Life

Like all young children, puppies love to play. Play is one of the most important methods of dog socialization. 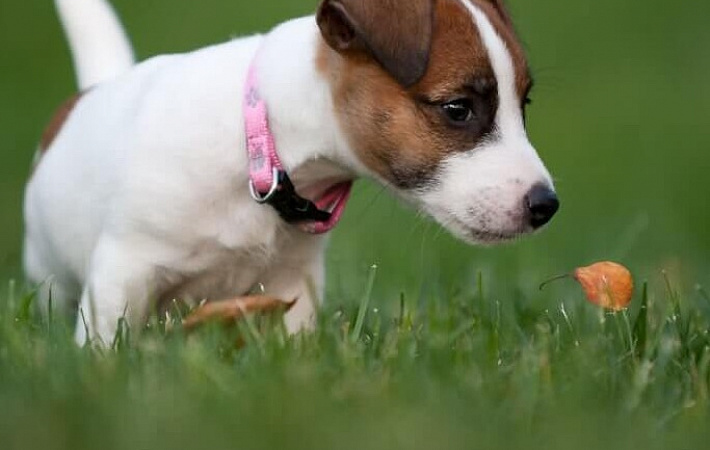 As soon as they learn to stay on their paws without falling, the little pups start playing with each other. These games teach them proper behavior in a pack, building a dominant-subordinate relationship.

It is impossible to take your eyes away from the endless romp of a ball of fluffy white babies who bite, sniff, squeal, bark. In these games, they learn to control the bite force. When someone bites a fellow pup harder, he shrieks, and mom rushes to give the playful bully a thrashing. She picks him up by the scruff, shakes him, and quietly lets him go. Observe how dispassionately the mother does it, without anger, without emotion. This is also how you should behave when a puppy bites your hand. Don't scold him, say "No," offer him a toy to replace your hand, and keep playing. This way you can get him to control the force of the bite. In general, try not to play with your puppy's hands; hands are not toys.

Look at little Jack, who invites you to take part in his fun. He has unusually expressive eyes, moving ears, constantly changing facial expression, jumping, whining - he has a whole arsenal of tricks to get your attention. He drags his toys to you and puts them in your hands; play with me. If you responded, Jack is happy. Play tug-of-war with him: who-who. Pull the toy toward you, Jack will pull it toward you. After a while, pretend you've lost and let go of the toy, all the while praising and petting him along his body. Through these games he gets used to the tactile sensations, learns to enjoy the game, feeling like a winner. Of course, who likes to lose? Games reinforce Jack's love and affection for his owner.

Playing instinct should be developed, so that during the walk Jack was always in contact with you and was waiting for your invitation and I to play. Get a special bag on your belt, where you'll put toys and treats before you go outside. Your Jack will be eagerly waiting for you to put the bag on, because it has everything ready for his fun walk.

Socialization of the Jack Russell Terrier