This is one of those questions that you have to answer before you buy a puppy. Even if you have made the decision and purchased puppies from titled parents with a good pedigree, even that is not enough. 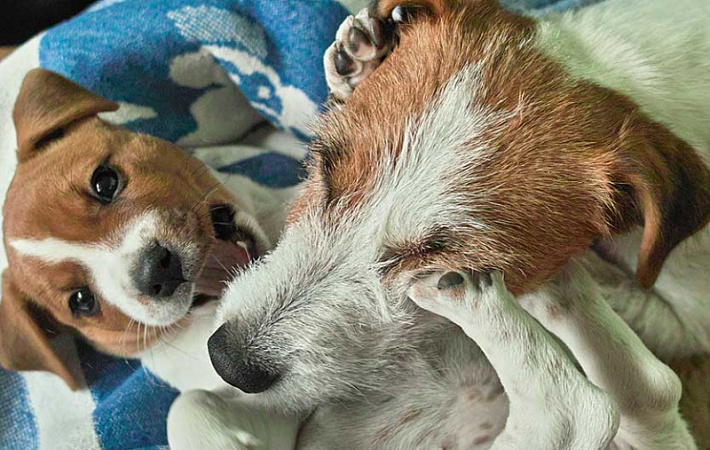 Let's get the terminology straight. Many amateur dog breeders confuse the concept of "breeding" and "breeding" dogs.

Breeding is an increase in the dog population. All street dogs do nothing more than breed by mating with each other, completely uncontrolled and without any rules.

Breeding has nothing to do with such breeding. Breeding is allowed for males with an expert rating of "excellent" and bitches with a rating of at least "very good", so a good puppy pedigree is only half the battle. You need to take your puppy to a show and get an objective assessment by an expert. It is not uncommon that the children of titled parents are not rated highly, and then they are not allowed for breeding.

So, you took your Jack to the show, where he received a high rating and has the full right to participate in breeding, And here again, it is worth thinking, but will you be able to provide your boy with at least a few brides? Among male owners, there is a widespread so-called pity for their puppy. "Well, let the boy try at least once" Such owners should remember that if you untie the male dog, he will demand more and more mating (which may not happen anymore), will become anxious, will run away in search of a bride. If you don't breed the male, by the age of 3 his sex drive will weaken and Jack will become calmer.

There is nothing wrong with the male dog remaining unleashed, don't worry. It will not affect his health in any way. Look at what happens in the wild, for example among wolves. In a pack one dominant male knits. The rest are just around, not claiming to possess the female, and remain calm and healthy.

There is an opposite view about the mating of the girl. It is believed that mating, pregnancy, lactation, and then the period of puppy rearing, have a beneficial effect on her health, as well as the psycho-emotional state. Just watch the mother caring for her babies. She's all "in character": I am the mother. She is proud, she has fulfilled her destiny, she lives a full life, and is happy.

But there are exceptions, when a bitch has no maternal instinct at all, and she leaves her babies, they are not interesting to her. This is when you, as the owner, will face great difficulties, feeding such "orphans".

There is an opinion that an unborn bitch has a greater chance of getting cancer by old age, but there is no statistical data to support this point of view. Both maternal and non-maternal dogs are equally susceptible to cancer.

And one more fact to think about.

Always keep in mind that breeding puppies are not a lucrative business, but very hard work. Just imagine six perpetually hungry and impatient 12-week-old puppies lingering in your apartment. Even though Jackie's are small dogs, they can do damage to your apartment just like the big ones.