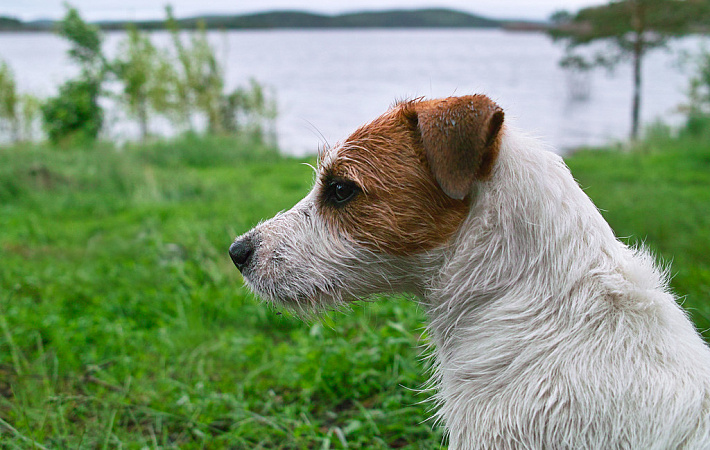 As a rule, signs begin to appear 5-8 weeks after heat. In some dogs, they are very pronounced, in others more weakly. Some experts believe that every bitch has a false pregnancy to some extent after an unfertilized cycle. This is because the ovulation phase (estrus) is followed by a period of diestrus and lasts the same amount of time (60-70 days) as a pregnancy. To put it simply, in any case, whether the dog was fertilized or not, mated or not, the body releases the same hormones in the same amount. Therefore, many veterinarians believe that a false pregnancy is quite normal for a dog. Moreover, there is a theory that pseudo-pregnancy is a primitive way of preserving the kin, allowing the bitch to feed other pups in the pack, even if fertilization did not occur.

In a more pronounced form of false pregnancy, there is a pronounced increase in the mammary glands, the appearance of lactation (milk), the abdomen increases as in a normal pregnancy. The dog is busy arranging the birth nest, it has a discharge from the loop. Even false contractions and pushes happen.

All these signs are characteristic of a normal pregnancy. If the dog has not been ligated, the owner immediately determines that it is a false pregnancy. It is more difficult when the mating has been done. The most striking difference will be that during a false pregnancy there is no fetal movement in the womb. You can distinguish between a true pregnancy and a pseudo-pregnancy by other signs. In a false pregnancy, the dog is more agitated and tense. The nest is built with fanatical enthusiasm. Any toy that comes into view is perceived as a puppy. The dog begins to take care of the pseudo-child with incredible zeal. She imitates feeding, licks them every minute, and refuses to leave the nest. It may seem as if the dog is starting to go crazy on the grounds of maternity.

To alleviate the dog's condition, you should eliminate dairy products from your diet, limit liquids, and walk more and more often. It is better to change the usual route of walks. Try to distract your pet from her imaginary pregnancy and pseudo-babies. In no case should not decant the milk. This will only worsen the situation. In difficult and pronounced situations use sedatives. But, drug treatment should only be resorted to under the supervision of a veterinarian!

The most common therapy for false pregnancy is hormonal. But it has a lot of unpleasant consequences and complications. Therefore, it is best to use homeopathic medicines. They are also used to prevent false pregnancy. The fact is that if a bitch has bright signs of a false pregnancy, then in subsequent periods, they are likely to be even stronger. To prevent a false pregnancy, homeopathic remedies begin to be used after the heat in one to one and a half months. You should consult your veterinarian to determine the exact dosage.