Dog and other animals in the house

Dog and other animals in the house

When you decide to get a Jack Russell Terrier, you wonder, "How will he get along with my pets?" 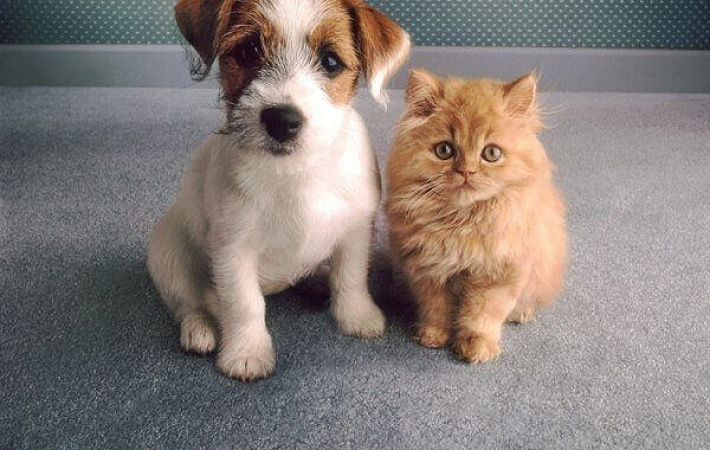 Maybe you have a cat, a parrot, maybe a hamster. After all, Jack is a born hunter, won't he go after the rest of the household? No need to worry. You bring a small puppy into the house, and he will accept all its inhabitants as members of his future pack. Rather, fear that the cat, who was the only pet of the family, will be against the new tenant. At first watch closely the behavior of the animals, carefully introduce them, only in your presence, otherwise, the adult cat may traumatize the puppy. They may become best friends later, but as you know, even friends quarrel over nothing, so be prepared for sudden altercations.

As for birds and rodents, also explain to the puppy that they are full members of the family. However, there are pitfalls. In your presence, Jack may pretend not to be interested in the rodent. But when you leave for work, he may do wonders of ingenuity to get his hands on the cage occupant.

Once again, let's turn to Jack's history and job functions to realize that rodents such as mice, gerbils, hamsters, rats, and ferrets are an invitation for your Jack to hunt. In the garage, in the house, in the yard, wherever unsuspecting prey is sheltered in a cage, Jack will have one dream: to ravage and pillage that shelter and get his prey.

So put the cage in the safest place possible so as not to tempt the little hunter.

It is possible when you have an adult Jack and decide to get a kitten. If your Jack has never lived with cats and has been outdoors corralling them in trees, you should also be very vigilant. Recall that these terriers were bred to hunt foxes. Being a smart, adaptable creature, in the absence of a fox, a cat will do!

Don't leave the pets alone unless you're sure Jack won't hurt the kitty.

Is the Jack Russell Terrier breed right for you?