The Jack Russell Terrier is a richly gifted, intelligent and highly trainable breed. Like humans, Jack has the same five senses. They are smell, hearing, sight, touch and taste. 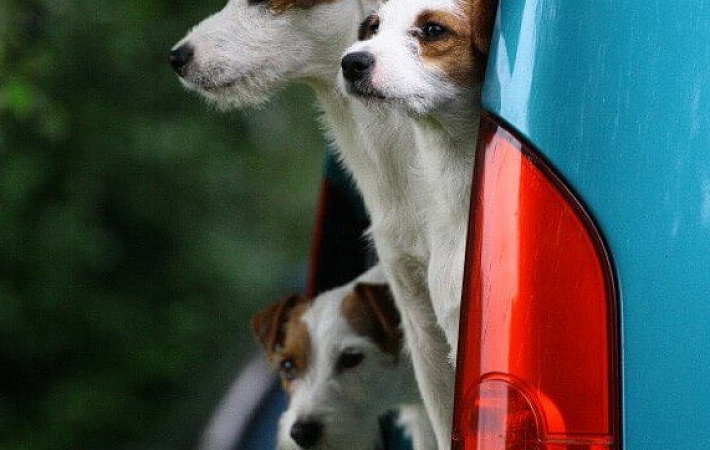 However, their importance in Jack's life is much greater, because he relies only on these senses to assess his surroundings. That is why they are much more developed than humans. In addition, the Jack Russell Terrier is a working hunting breed, for which the senses are a working tool in finding and catching the beast.

A dog's sense of smell is highly developed, and it can be rightly considered the main tool of its perception of the world. A dog's sense of smell is 1 million times greater than a human's. The number of brain receptors responsible for a dog's charm is 40 times greater! Dogs can distinguish a huge number of smells, they have "smell prints" in their brains. Have you ever noticed that Jack can recognize your buddy, who only came to visit you once when Jack was a puppy? Certainly, charm is a dog's most important sense. That's why dogs are used to search for drugs and explosives in customs, to find people under rubble and snow avalanches. Specially trained dogs even search for truffle mushrooms. And Jack can sniff out a fox hiding in a burrow deep underground.

Dogs' eyesight is as good as that of humans. However, it is believed that they are not able to distinguish colors. They are also bad at distinguishing between stationary objects. Note: If you take Jack for a walk and he runs away from you far enough, he will have trouble recognizing you. If you stand still he will also stop and stare at you until you move or you call to him. In the dark, however, Jack discerns the slightest movement, which he uses in the dark mazes of the fox hole on the hunt.

Eye angles also vary from breed to breed, for example, herding breeds need a wide viewing angle to observe the herd. And hunting breeds, such as Jack, need a narrower angle of view, but the vision needs to be sharper.

As a true hunter, Jack's hearing is truly amazing. In general, a dog's hearing is the second most acute after his sense of smell. Moreover, the range of perceived sounds in our dogs is much wider, they can hear the sounds of the ultrasonic range, which is successfully used in dog training. Jacks are good at distinguishing differences in words and their intonation. Jack will let you know someone is coming to your door long before you hear the doorbell.

Your Jack's body is covered with a huge number of sensitive nerve endings, which is why he is so unusually tactile. He just loves it when you touch him, pet him, caresses him. It is believed that pregnant bitches should be stroked on the tummy. It is not only pleasant for her but also for future puppies to get used to the first touch of human hands. Especially rich in nerve endings are the vibrissae (whiskers) of the dog. They greatly help the dog in evaluating objects - their size and qualities.

Taste perception is closely related to the sense of smell. A dog evaluates the taste of food only in connection with the sense of smell. The fact is that dogs have 12 times fewer taste buds located on the mucous membrane of the tongue, palate, and pharynx than humans. So your Jack can't enjoy the taste as much as you do. For him, delicious food is the food that smells good to him.

Likely, Jack's worldview is not limited to these five senses.