So you've decided on a Jack Russell Terrier. What's next? How to choose from the mass of proposals on the Internet, in the newspapers, to choose the only one that will become a member of your family for the next 15 years? How not make a mistake? 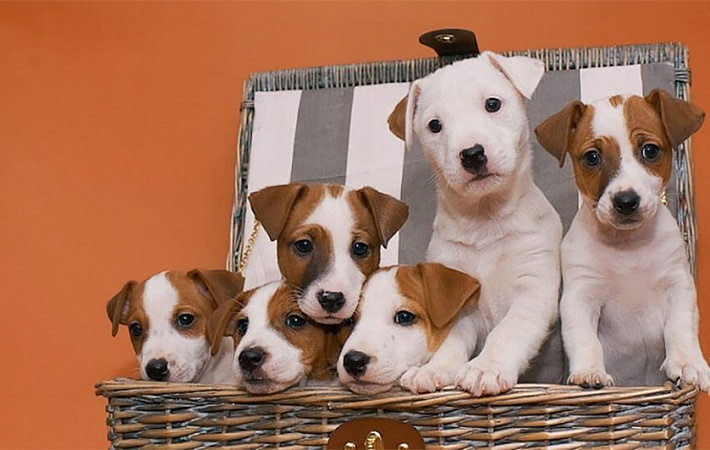 Unfortunately, you can't "try" a puppy by bringing it home for two weeks and then returning it to the breeder with the words "it didn't fit. When inviting a dog into your home, you must be fully aware of the fact that it is a living innocent, and defenseless creature, which depends entirely on you.

Don't make any impulsive decisions. Think it over carefully and discuss it with all family members.

Here are the questions you must answer unambiguously.


The sex of the future pet

One of the first questions you have to decide for yourself before choosing a puppy is: "Him" or "Her"?

That's fine if you already had a dog and have a preference for one gender or the other. But if you are a novice dog owner, you will face the problem of choosing.

There is no recommendation as to whether a boy or a girl is better, only your personal preference. Unlike large breed dogs, Jacks don't have much difference between the genders.

So, boys: more active and athletic, companionable. Externally, they certainly outperform girls - larger size, bigger head, stronger bones. They do not experience heat. If you decide to have your pet neutered, the surgery and recovery period are much easier for male dogs.

But at the same time, boys: tend to run away from their owners when they smell a girl in heat. They are sexually more active and more aggressive, especially toward dogs of the same sex.

Girls: More affectionate and clinging to their owners, quiet, docile, and smaller in size. Male dogs rarely show aggression towards girls. Sexual problems occur only during heat and only for one week.

However, girls: 1-2 times a year there is heat. The period of heat means a significant change in the accepted way of life for the owner. To avoid being attacked by a pack of "canine suitors", walk times should be chosen when the other owners have already walked their dogs. Yes, and the territory of walks should be significantly limited so that the left tags do not provoke the "grooms" in search of a "bride". True, pet stores have a whole arsenal of tools to facilitate life in the period of heat as the owner, and his girl - panties, sprays, muffle the smell. If you breed a girl, you'll want to be prepared for when she has puppies. And even if you don't intend to breed when you buy the dog, you may change your mind later. And then you'll have to take a leave of absence to care for the newborns.

Choosing the sex of the pet also depends a lot on the composition of your family and the adopted lifestyle and rhythm of life. If you have a son of 7-13 years, he needs a companion for noisy games, capable of tirelessly carrying him all day and responding calmly to any outbursts of children in his address. Acquiring a girl, most likely you will be disappointed, because she prefers to sit in your arms, sleep in a chair, and noisy games will just annoy her. However, if you lead a relaxed, measured lifestyle and like to wallow in a chair in front of the TV, a girl is the way to go.

Once again, weigh everything carefully and make your choice.