Undoubtedly, the small size, appearance, and amusingly clever expression of Jacks' muzzle have led to several misconceptions about this breed. 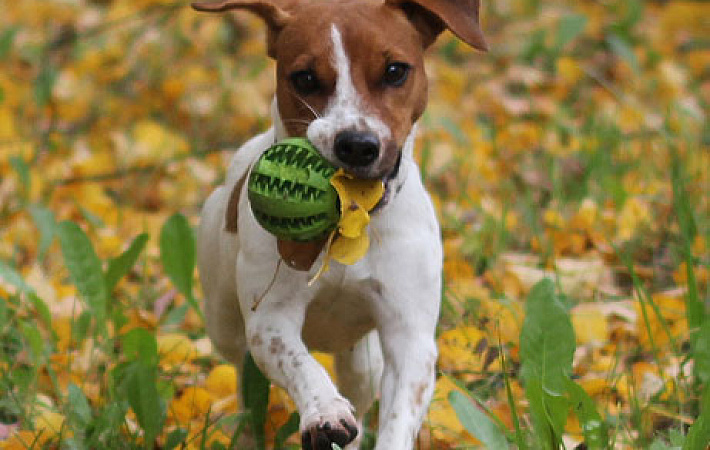 "Appearances are deceiving," is the saying in the case of the Russells truer than ever. Here we will try to tell you what is true and what is fiction.

The small size means a roomy, couch dog who, like Yorkies, may not walk but go to the bathroom at home on a diaper. This is fundamentally a misconception. For the most part, Jackies are very agile and athletic creatures. Any attempt to turn it into a couch vegetable will turn into a tragedy for the dog and its owner. Remember the origin of the breed. It's a born hunter that requires long walks and lots of exercises. He won't sit around doing anything and watching TV. He is a movement dog, constantly looking for something to do. He's Mr. Energizer, whose batteries never run out. Although, after a walk, he doesn't mind lolling around in the easy chair.

The small size means a timid, shy dog who hides behind its owner at the slightest danger." Don't believe it. Russell is a bulldog at heart and Muhammad Ali in the canine world. He will be the first to rush into any pile and try to bring order there, while completely forgetting that he is so small. The size of the enemy does not embarrass him in the slightest. The sense of fear is unknown to him, which often leads him into various unpleasant situations.

"A sharp mind implies easy learning." Another mistake. Jacks are certainly very bright, capable of learning, and self-learning creatures. But. Training should be fun and varied, must include elements of the game, otherwise, Jack just gets bored and refuse to listen to you.

"Small size implies a quiet dog." No, and again no. Jacks are hunters, beckoning their owner to the fox hole with their bark, which makes their voice quite audible. At the slightest rustle or movement, he will alert you with his bark. Even if you haven't noticed anything yet, he already knows what's going on behind the doors.

"His white color and small size make him a dog that should be kept in an apartment, not out of town." There's some truth to that, in part. Yes, Russell's size makes him comfortable to keep in an apartment. However, at heart, Jack is a country dog, designed for life in the country. He will be happy to live in a yard, have a large space to walk, where you can chase birds or dig a deep hole.

"Russells are often featured in movies and commercials, which means their artistry and ability to stunt is genetic." It isn't. Only long hours of hard and constant training can make Jack an entertainer.

"All Jacks, like Milo in 'The Mask,' are fidgety, restless jumpers, unruly pranksters." And that's another myth. Milo's temperament is invented by the director, and Jack only played the role perfectly. Yes, all Jacks are bouncy, but each has its character and temperament. Some are more calm and sensible, others are more agile and restless. Some love to sit in their owner's arms, while others prefer to just be around. In any case, Jackie is accustomed to the rhythm of life led by his owner, i.e. you.