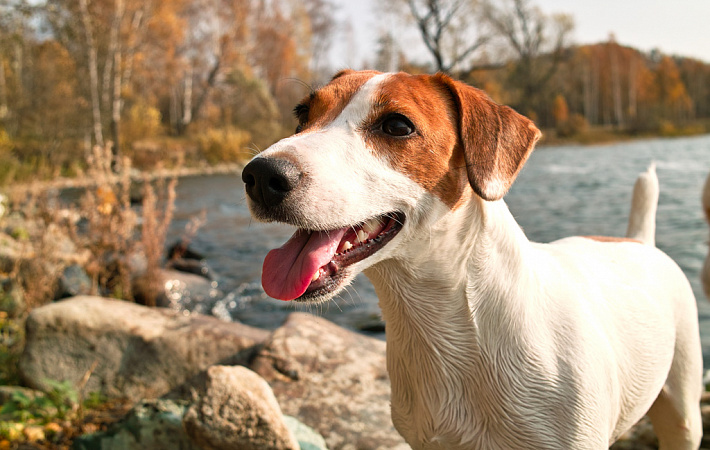 At what age can I breed a dog?

Sexual maturity in male Jacks occurs at 6 months of age. However, do not start using him in breeding work before 1 year of age.

First heat in Jacks occurs at the age of b to 12 months, further intervals between heifers maybe 6-12 months. For you, as the owner, the longer the interval, the less hassle.

However, if the intervals are different all the time, consult your veterinarian. Sexual maturity for a girl comes with the arrival of her first heat. However, the optimal age for the first mating is 1.5-2 years old.

How often can a male dog be knit?

A breeding male is ready to be used almost always. Of course, this does not mean that you can breed him every day (and where to find so many brides?). The frequency of using a male dog is very individual and depends on the specific characteristics of the dog. But there are some reasonable rules: no more than once a week.

How to choose the right time to mate?

A bitch's heat lasts 21 days. During the first phase of heat (proestrus), you notice a significant swelling of the bitch's loop, the appearance of bloody discharge, which becomes more and more intense. This phase lasts 7-10 days. Then comes the second phase of the sexual cycle - estrus, or the hunting phase, ovulation. During this period, the discharge becomes pale, mucous, and the loop increases significantly. This is just the period favorable for conception when your girl begins an intense search for a groom to continue the lineage.

You can tell for yourself if your pet is ready to mate. Put your hand on her croup and stroke the base of her tail, tapping the loop with your finger. In response, the dog will raise the tail, tuck it on its side, thereby opening the loop and pulling it up. As soon as you notice favorable signs, take the bride to the groom.

A visit to the groom's house! The environment must be familiar to him, otherwise, the male may get excited, nervous, and fail to mate the bitch. It is better than the mating of the male always takes place in the same room. A bitch can feel like a mistress on her territory and snapping at the male dog, not letting him near her.

Surprisingly, puppies from the same litter can have different fathers. If you've had your puppy mated, but she's not out of the hunt, she can find another groom and mate with him without your input. The fact is that during ovulation many eggs mature, and during the first mating some of them may not be fertilized. So keep an eye on your girl to prevent double paternity.

Surprisingly, it sometimes happens that, with all the favorable conditions, dogs do not mate. The reasons may be many. For example, the male dog is very shy and refuses to mate in the presence of strangers. Dogs may simply not like each other. It happens so that the bitch flatly refuses to mate with one male dog, snapping at him, biting him, but with the other behaves perfectly, and the mating goes well. Do not forget that dogs are highly organized and social creatures with their preferences and principles.

Do not forget the importance of courtship. Don't rush the dogs, give them a chance to flirt with each other and perform a series of ritual actions - ear licking, catching up, kissing, and hello.

What is a lock and what is it for?

After a short courtship, the dogs have intercourse. The male dog ejaculates quite quickly, literally after a few frictions. However, the bitch does not let it go so quickly: the muscles of her vagina contract, and a "lock" happens. Here your help is very important, as the dogs in the "lock" tend to spread out, the bitch tries to squat, all this can traumatize both, especially the male dog. Gently turn the dogs with their tails toward each other and hold them in a "standing" position until the bitch releases the male.

"Locking" in nature is designed not only to keep sperm inside the bitch's genitals but also to prolong her pleasure.

Usually the "lock" lasts from 5 to 40 minutes. However, if the "lock" does not happen, fertilization can also occur without it.

What to do after the mating?

When the dogs have separated, the bitch should be kept lying on her back for a few minutes with her hind legs slightly raised. After the mating, do not walk her for 1 -2 hours, just let her rest quietly in a warm place.

Make sure the male's penis is back to normal and all covered by the skin. The male needs rest too, leave him alone for a while.

What is controlled mating?

Two days after the first mating, while the bitch is in the ovulation period, it is advisable to have a control (repeat) mating, so that the probability of conception is higher. Usually, controlled mating is easy because the dogs are already familiar with each other.