False pregnancy in dogs: what is it, why does it occur and can it be helped?

False pregnancy in dogs: what is it, why does it occur and can it be helped?

When my dog first dug a hole in the couch and settled there to "give birth" to puppies, I was seriously puzzled. There had been no contact with the male dogs, much less any mating, and she was acting like she was about to have puppies. It went on and on. Within days of "giving birth," the dog was fiddling with one of her toys, licking her crotch, and trying to feed her. Like a puppy! My only thought was: what's going on here anyway? 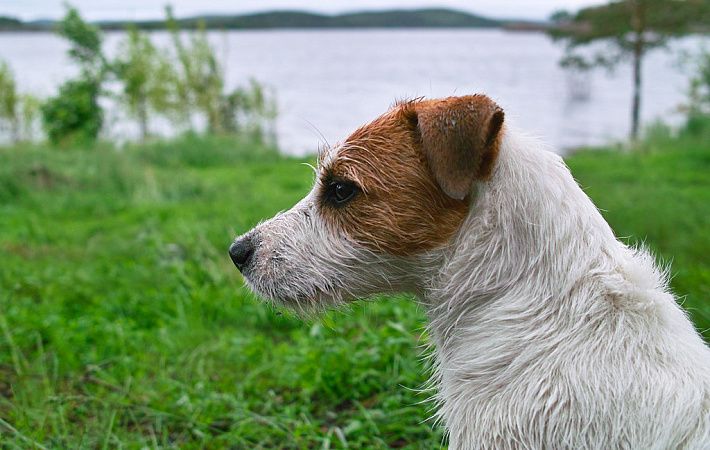 Why does false pregnancy occur?

Many dog owners out of habit mistakenly call everything that happens a "false pregnancy", paying attention only to part of the picture. It is exactly false puppies. It takes a long period, during which the dog not only exhibits behavioral signs of pregnancy, preparation for labor, and the actual "birth." The most difficult stage is the nursing of the "puppies", which in some dogs is accompanied by a real and quite active lactation.

The bitch turns out to be ready to mate and have offspring only a few days a year. As you know, this can happen strictly within a period called "heat". Depending on the breed, dogs have heat once or twice a year, most often in the spring and fall. Each heat lasts about three weeks, but the days from the tenth to the twenty-first are considered most favorable for mating.

Given such a short period of physiological readiness to mate, the task of preserving born offspring becomes very important. Several very effective mechanisms have been developed in the course of evolution to solve this problem. Some of them work on the mother's side and some on the side of her social environment.

Those working on the mother's side force the dog to accumulate resources, i.e. to eat more in preparation for the birth of puppies, to be more careful, and so on. Thanks to the social, the heats are synchronized in all the bitches living in the same pack. It would seem that because of the simultaneous heats, there should be unhealthy competition for the opportunity to conceive, but, by doing so, conditions are created to help nurture puppies even under very difficult circumstances. How?

After each heating season, a few sexually mature, breeding-capable bitches remain, so to speak, in the pack's reserve. Although they have not been lactated, most "reserve" bitches start lactating at a certain natural time. Their milk turns out to be enough to nurse puppies who, for whatever reason, cannot get nutrition from their biological mother.

False pregnancy, or false pregnancy, is a unique safety mechanism that allows the pack to survive and preserve it's young, even if the biological mother died, was injured, or was unable to nurse her pups.

In other words, false puppies are not a disease. It is a completely normal condition of the bitch's body, which previously had significance as a survival mechanism for the species. In today's world, a significant portion of the dog population lives in comfortable conditions, often being the only animal in the family, which means that there is no point in such insurance anymore. However, the mechanism formed by evolution continues to work.

It is impossible to predict the appearance of false pups in a particular dog. This condition arises spontaneously, most often in bitches with a strongly developed maternal instinct, that is, in those who are more "programmed" to become a mother than others. I would venture to guess that the provoking factor may be a certain hormonal background in the family, for example, pregnancy, or simply a strong desire of the mistress to have a child, but I have no concrete data to confirm such conjectures yet.


How do false pups work?

Since a false puppy involves the same systems as the real puppy, you can look at the normal process to technically understand what's going on. False puppies also involve preparation, pregnancy, birth, and nursing - with the difference that the dog doesn't have puppies. Everything happens as if "pretend", only not as a joke, but in all seriousness.

The countdown of false puppies starts right after the end of the heat. Pregnancy in dogs lasts 56-58 days, and for the first two-thirds of this period, there's usually no significant difference from the normal behavior of the animal. Except, perhaps, for some worsening of mood, an upsetting of appetite, and a change in activity level.

About two to three weeks before the expected due date of "delivery" dogs begin to behave a little guardedly. Some sleep longer and choose the most secluded places to rest, and they sometimes approach a human as an unwanted intrusion - without aggression, but with bewilderment. By this time their mammary glands swell up noticeably.

The last week before "giving birth" the dogs prepare the den. They dig their bed, twist nervously in place for a long time before laying down, and get up several times, dissatisfied with the result. Trying to dig a hole in the bed or couch, dogs sometimes damage furniture. Fortunately, this is rare - much more often it is limited to building a "hole" out of pillows and blankets.

As a rule, on the day of delivery, dogs behave noticeably more nervously. Hormones are going off, and some dogs are panting and drooling a lot, while others "don't find their place", nestling here and there, but then jumping up and going to another corner. But this is not necessarily: there are those whose behavior can hardly be said that something unusual is going on.

In my experience, "labor" most often occurs at night or when a person is not present. Leave the dog alone, and in the morning you will notice that he, happy, is licking and trying to feed some soft toy, ball, or rag. Sometimes, realizing that something is wrong with the "baby", the dogs try to "resuscitate" it by poking it with their noses, and when they fail, they call for human help.

In my practice, there were cases when the bitch was walking behind the owner with a toy in her teeth, whining and putting the "baby" under his arms. The message is clear, but it is impossible to help here, you have to be patient. In two or three days, the mother dog stops caring and loses interest in the toy. Nature tells her that the puppy is "lost" and there is no point in wasting any more energy on him.


What to do with the milk?

Lactation lasts about a month. Sometimes there is a lot of milk - my previous dog left puddles of it on the bed. The vets strongly advise against giving it away, because trying to help your dog by stimulating his mammary glands may provoke more lactation. Milk production, according to experts, should stop naturally.

During lactation, many dogs do not feel their best. Older dog owners say "milk burns out." The body temperature rises above normal periodically, the pulse becomes somewhat rapid, and the nose seems dry and warm. Dogs often look depressed, and reluctant to go for a walk, and try to get home as soon as possible. Behavior is most accurately described by the word "cranky."

It is difficult to say what can be done to help a dog in this condition. Recommendations from various sources turn out to be very contradictory. Given all the risks, I am inclined to take a low-key position and not interfere unless necessary. In my opinion, the best solution is to keep the dog at rest and to monitor his condition closely.

During the lactation period, you should examine your dog's mammary glands daily for inflammation or swelling, and wipe his belly and groin area periodically to ensure that any milk leaking does not irritate.

The question of whether or not special medications should be used makes sense to address with your veterinarian. I know that there are drugs that reduce the risk of false pups, and there are drugs that reduce the intensity of lactation or even prevent the milk from coming out. The decision to use them should be made strictly based on indications and after consultation with a competent specialist. I do not see the point in just feeding the dog with heavy chemicals.


Can false pups and milk production be prevented?

It's impossible to predict in advance whether a dog will develop false puppies. Worst of all, owners, terrified by stories of instant tumors and inflammation, fear false pups worse than the worst. Perhaps there is a risk, mostly due to owner carelessness and inattention. Several bitches in my family have been raised and most of them have passed away when they were just old. False positives? Yes, there were. And they weren't as scary as they looked.

Having already firmly tied my life to dogs, I often talked to professional breeders and veterinarians about the subject. Among other things, I was interested in a way to prevent the occurrence of false libido, or at least to ease the course of lactation. Is there such a thing?

Some of my interlocutors said that at the first signs of heat a dog should be transferred to a low-protein or protein-free diet. In this case, the protein deficiency, they suggested, would simply prevent the bitch's body from forming enough milk. But once lactation begins, there is no point in changing the diet: the food must be complete.

Some advocated sterilization. They attributed their position to too much stress on the dog's body, which creates a false puppy in general and lactation in particular. The stress load, in their opinion, leads to a dramatic increase in the risk of cancer. How true this is is a big question: I still have no conclusive data to support this view.

I listened with similar skepticism to the advice to limit a dog's access to toys. I still can't understand, what is the point of it? I was told that if you have to remove all objects that resemble puppies for the duration of the palsy, then no milk will be released and everything will be painless. First of all, that's not "accurate" at all, and secondly, wouldn't I be causing the dog more stress by stealing her "puppies"?

One thing is certain: Falsehood is not a disease. Don't spay or neuter your dog unnecessarily, as they are known to do more than good. Spay only when strictly required and not beforehand or "on the advice of experts". Keep an eye on your dog's condition, don't forget about hygiene, inspect the mammary glands daily and check the temperature. If anything seems abnormal to you, go to the doctor immediately. Do not self-medicate under any circumstances!