Scientists have found that dogs have left-handed and right-handed people who prefer the right or left-handed front paw when you need to go down the stairs, step over an obstacle or get to food. 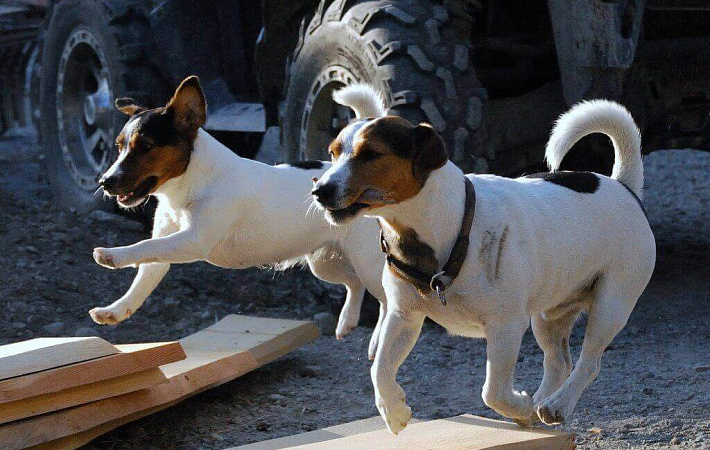 As humans, men are more likely to be left-handed and women right-handed. "We believe that this difference is related to sex hormones, although scientists still don't know for sure," says lead author Deborah Wells, a psychologist at Queens University in Belfast, Northern Ireland.

For centuries, scientists have noticed that people have a clear preference for the right or left side of the body, with almost 9 out of 10 people using their right hand to perform tasks such as writing and brushing teeth.

Since the late 1970s, researchers have been documenting this feature in other animals, including whales, kangaroos, primates, and even the common roundworm Caenorhabditis elegans. Scientists are exploring this issue to understand how these preferences have evolved and what brain factors may be involved.

In their study, Wells and her colleagues observed the behavior of 44 dogs, 20 of whom were bitches. For three months, they watched which paw the dogs use to go down the stairs and get food out of the narrow hole, and which side they lie on to rest on.

Almost three-quarters of the dogs preferred to use the same paw, with bitches using the right paw more often than not, while the dogs were mostly left-handed.

How do you know if your dog is left-handed or right-handed?

According to Wells, it's simple: like scientists, you have to watch your dog for a few days and write down which paw he chooses first when he goes up the stairs or climbs into his soft bedding.